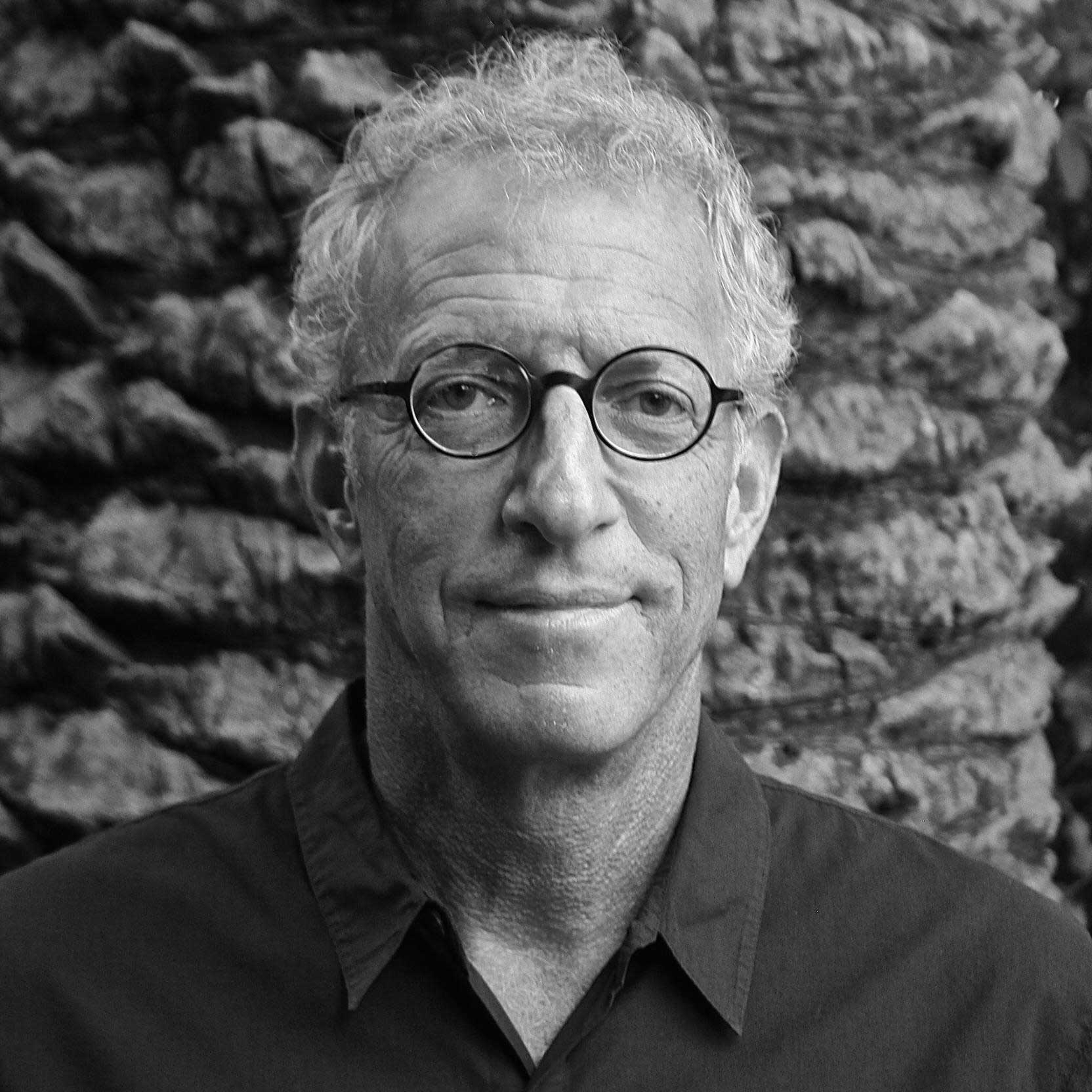 Jonathan Parker is a writer, director, producer, musician and composer based in San Rafael, CA. He received a BA degree in English from Stanford and began his career as a musician, performing in indie rock bands and the Marin Symphony.  He turned to filmmaking after he and fellow band members self-directed a music video that attracted attention from Hollywood.

His first feature film, BARTLEBY, which he also scored, was the Opening Night Selection at the New Directors/New Film Festival at the Museum of Modern Art in New York and was nominated for the Grand Jury Prize at Deauville. It was released theatrically in the U.S. and U.K. and was an official selection at numerous film festivals including Seattle, Munich, Jerusalem, Karlovy Vary, and South by Southwest.

THE CALIFORNIANS was an official selection at the Mill Valley Film Festival, premiered on Showtime and was distributed internationally by Fox.

(UNTITLED) won the Grand Jury Prize and the Cinema Choice Award at the Mannheim Film Festival and Best American Film at the Tallinn Black Nights Film Festival. It was released theatrically in the U.S. by Samuel Goldwyn Films and was an official selection at the San Francisco and Palm Springs Film Festivals.

THE ARCHITECT had its World Premiere at the Seattle International Film Festival, and since then has been invited to film festivals across the nation and the world – from Vancouver to Seoul, Rio de Janeiro to Houston and Mill Valley. The movie premiered domestically on Showtime and is playing internationally on Cable & Pay TV.

Jonathan currently serves on the board of the California Film Institute (CFI), and was board President in the past. CFI operates the Rafael Theater and produces the Mill Valley Film Festival. 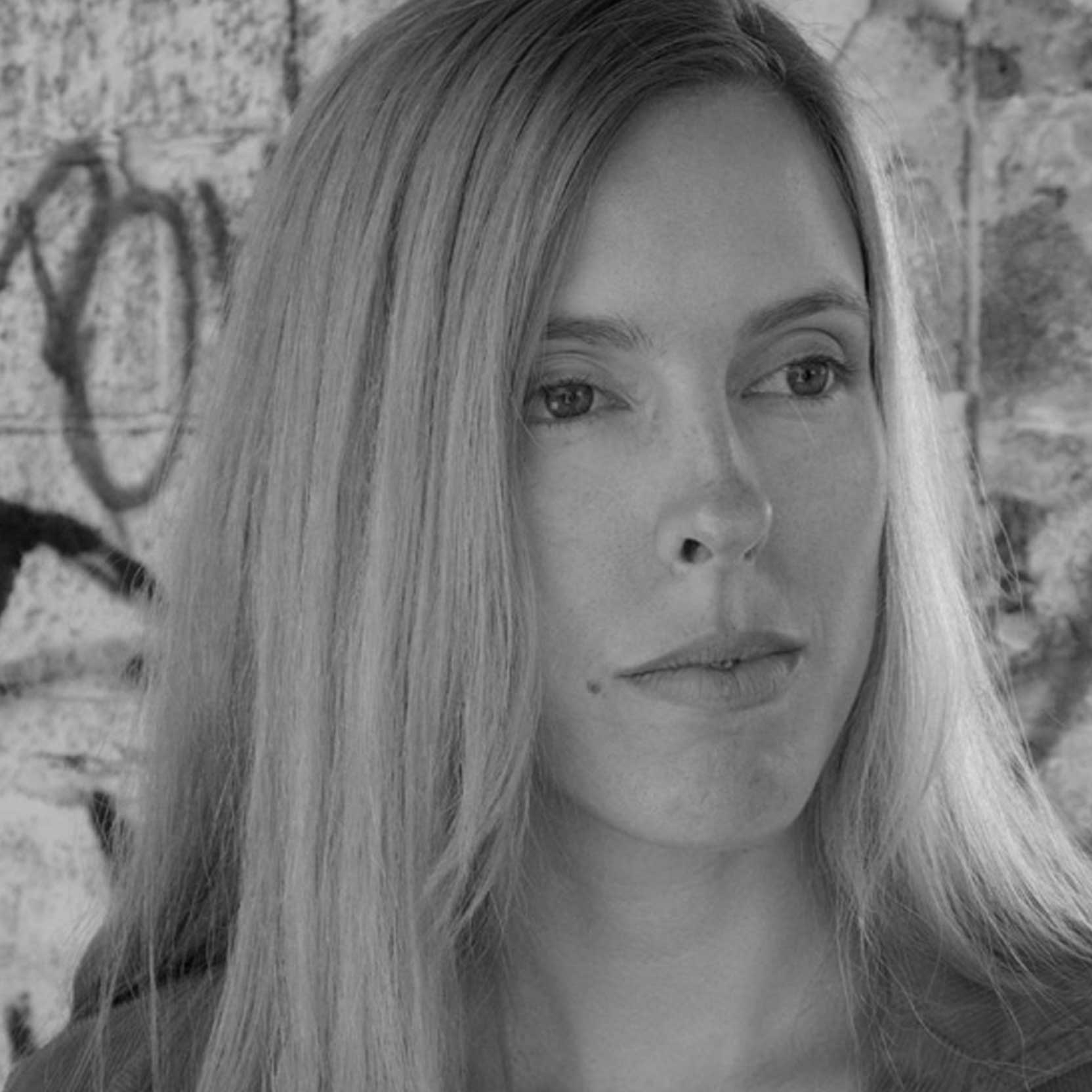 Marlo McKenzie grew up in Metro Detroit. She’s studied language in France, worked in theater in Germany, and co-founded a video production company that trained formerly homeless youth in Australia. Now based in the San Francisco Bay Area she is thrilled to be partnered with Jonathan Parker to co-direct the documentary film CAROL DODA TOPLESS AT THE CONDOR. She is also directing a documentary about imaginative play, called MY SECRET COUNTRY. Previously she edited, co-wrote and produced the documentary BUTTERFLY TOWN, USA now airing on PBS stations. She also associate produced the four-part documentary series called, STANDING ON SACRED GROUND. 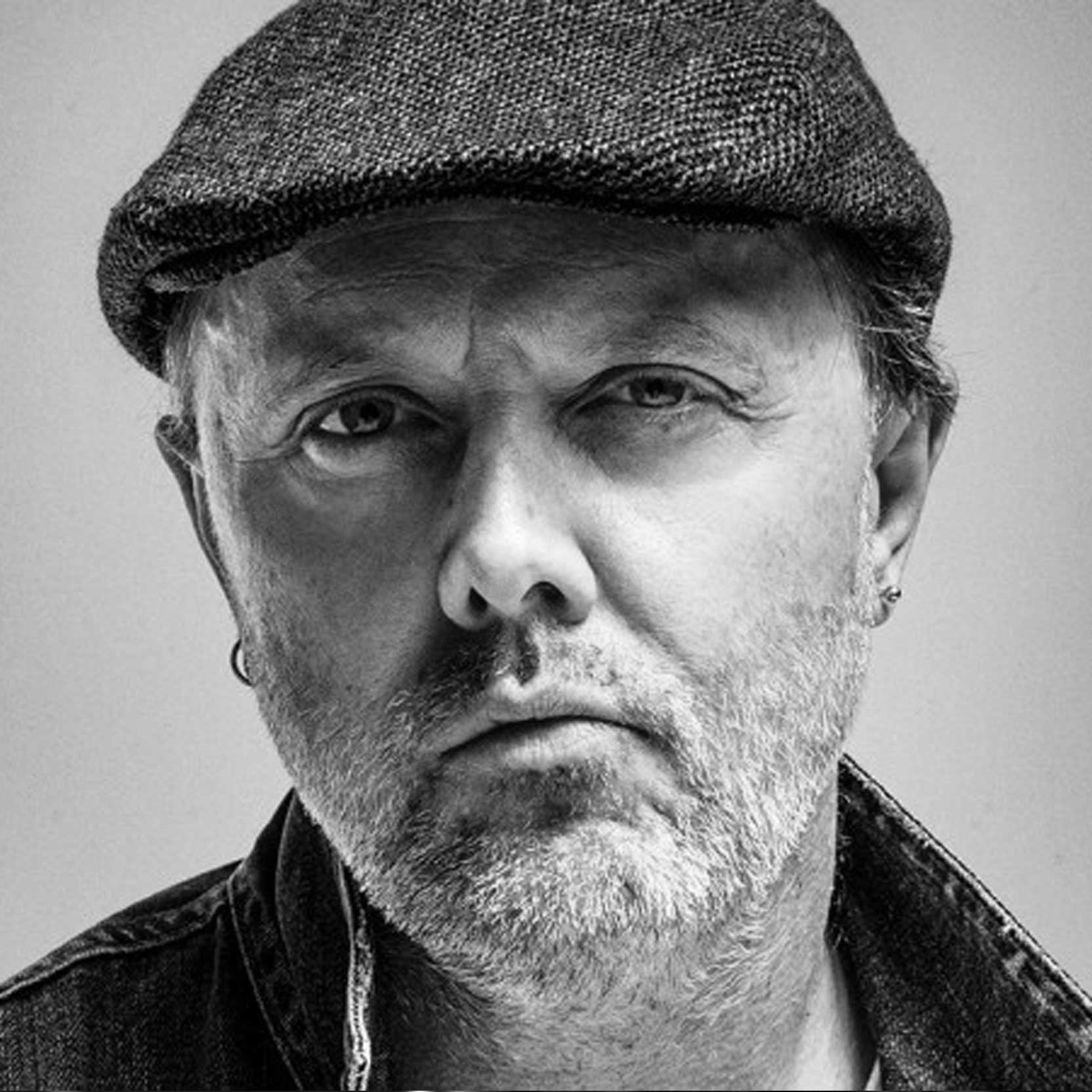 Lars is a Danish drummer and one of the founding members of Metallica. He is passionate about independent film and devoted to his adopted home of San Francisco. His love for Jonathan Parker’s film (UNTITLED), led  him to form a relationship with the director and the two realized their mutual interest in partnering together on BOOM and CAROL DODA TOPLESS AT THE CONDOR. 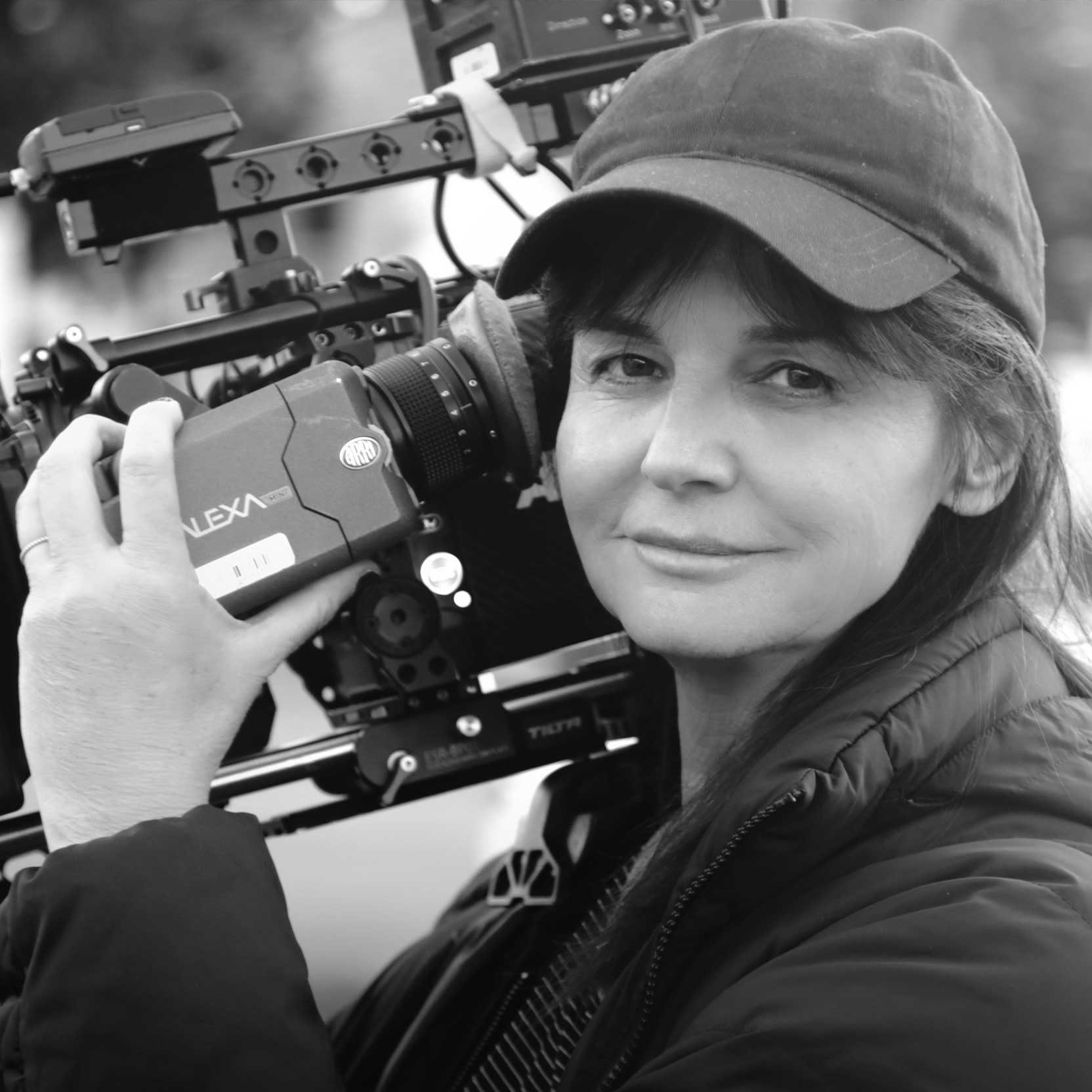 Svetlana is an award winning cinematographer with a dual focus in documentary and fiction. Her credits include INSIDE JOB, which received the Academy Award for Best Documentary, INEQUALITY FOR ALL, which garnered a Special Jury Prize at Sundance and FACING FEAR – Academy Award Nominee for Best Doc Short Subject, to name a few. She is the director, writer and producer of SHOW ME WHAT YOU GOT, released in 2019. 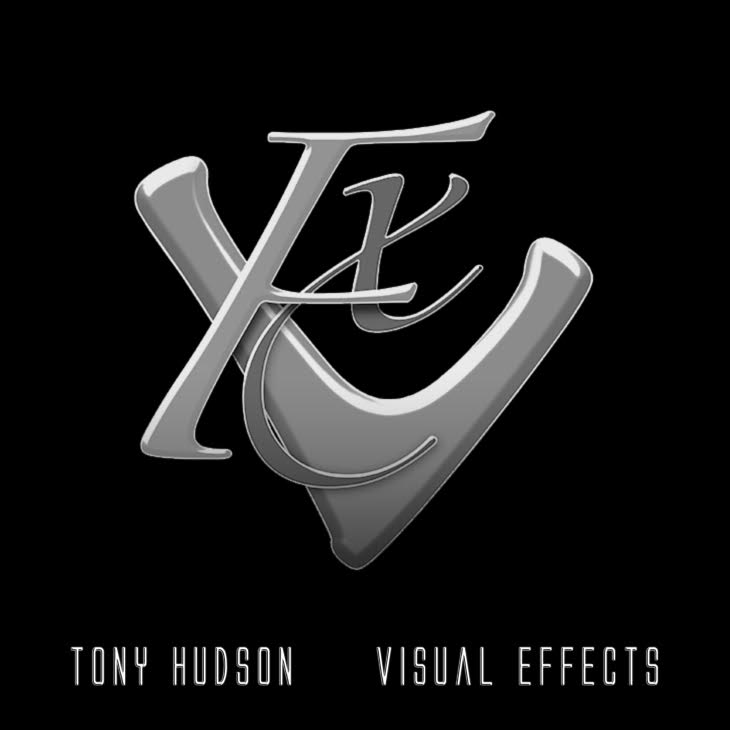 Tony is a veteran visual effects entrepreneur with more than two decades of experience. He’s spent much of his career working at such companies as Industrial Light and Magic, Walt Disney Feature Animation and Lucasfilm Animation working on effects for blockbuster projects such as DIE HARD II, BACK TO THE FUTURE III, MEN IN BLACK, MAGNOLIA and HARRY POTTER AND THE CHAMBER OF SECRETS. 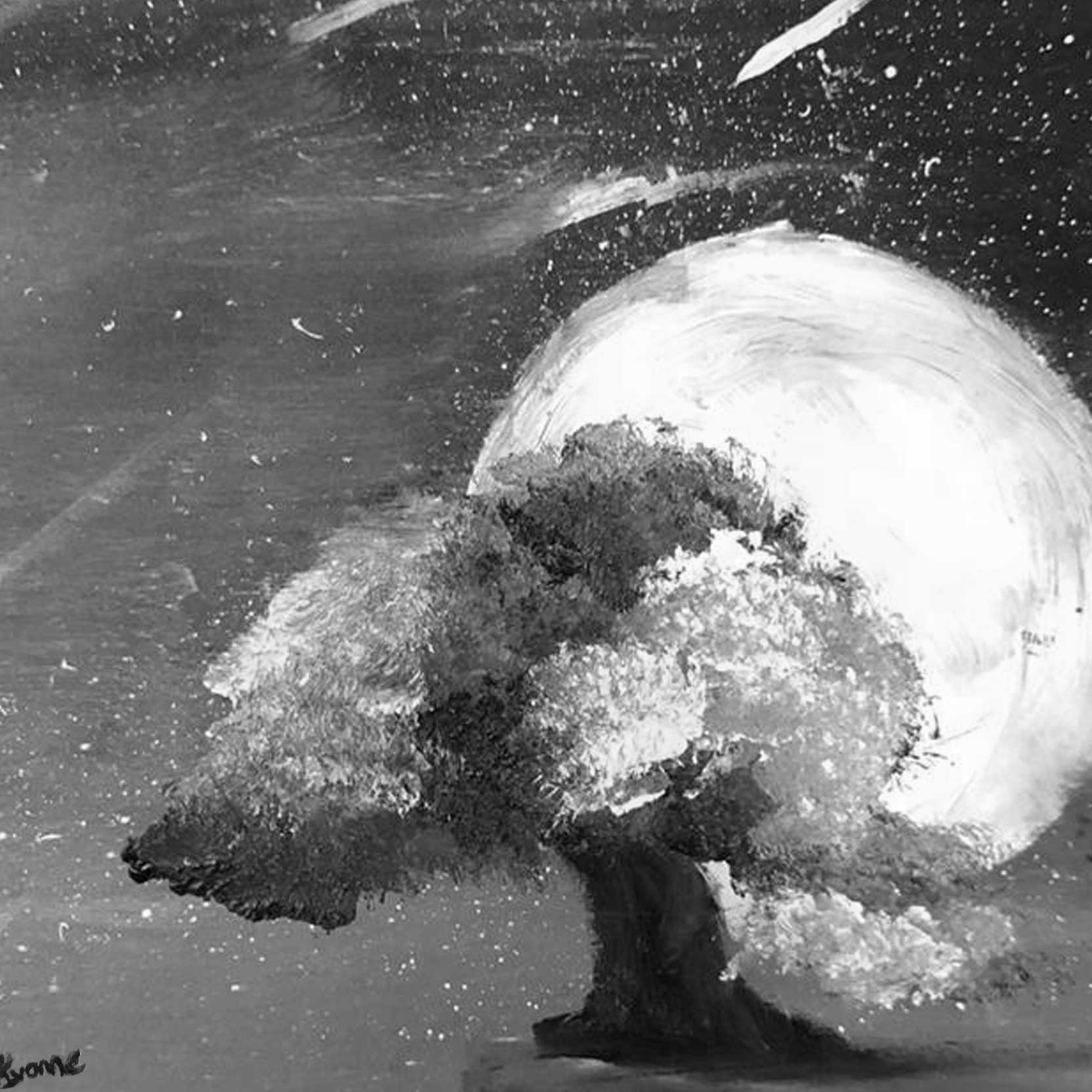 Vincent is a producer for BOOM and CAROL DODA TOPLESS AT THE CONDOR. 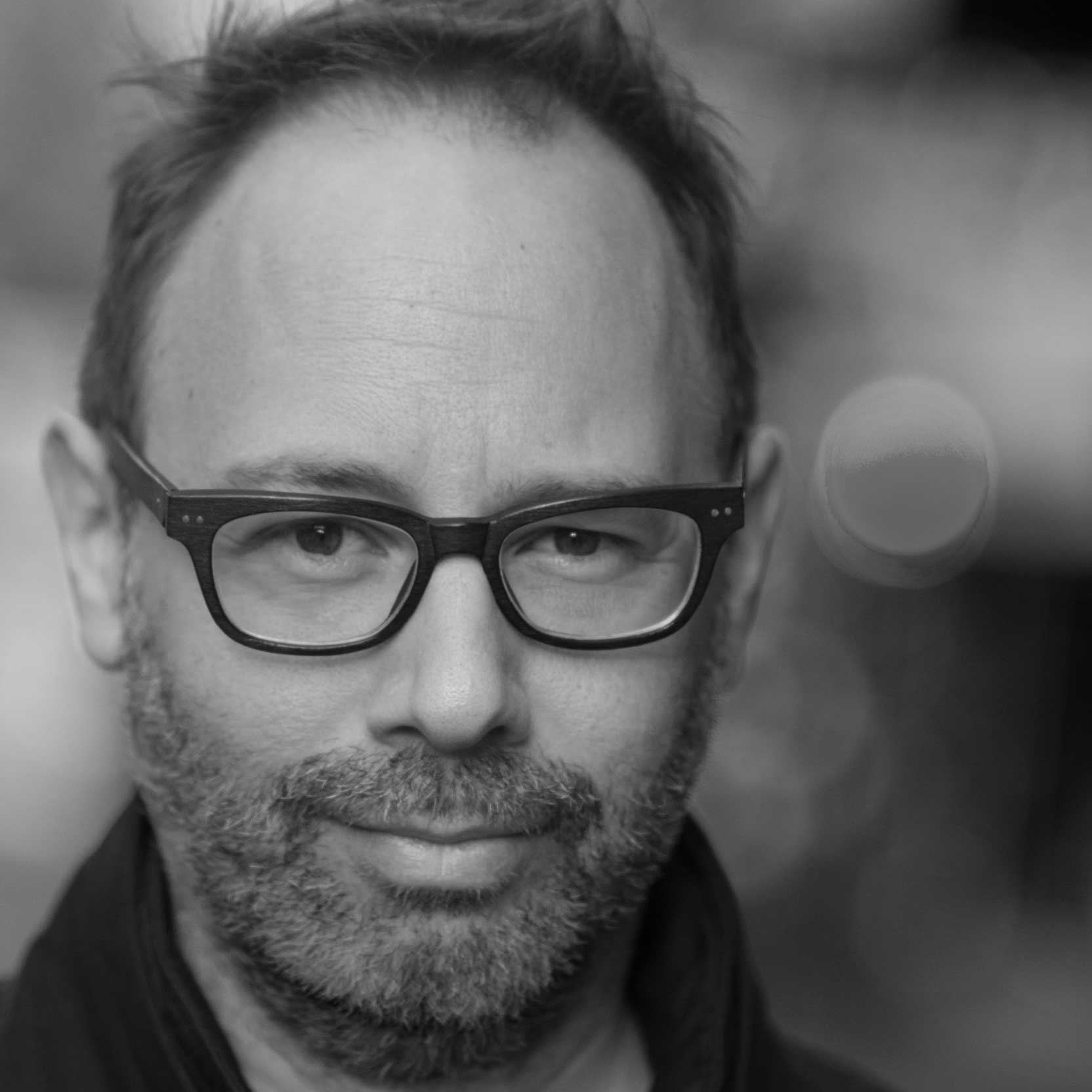 Born in San Francisco, David Scott Smith won his first Telly Award for editing at the age of 18. His commercial editing work has aired nationally, films have been distributed as well as appeared at Sundance, Tribeca, & Berlinale, and TV shows he’s edited have played on PBS, Discovery, ABC, NBC, and SciFi. He also has long standing working relationships with clients such as Yahoo, Google, T-Mobile and Apple. His most recent work as a feature editor was seen in SHOW ME WHAT YOU GOT a feature film released in 2019 that he also wrote and produced. 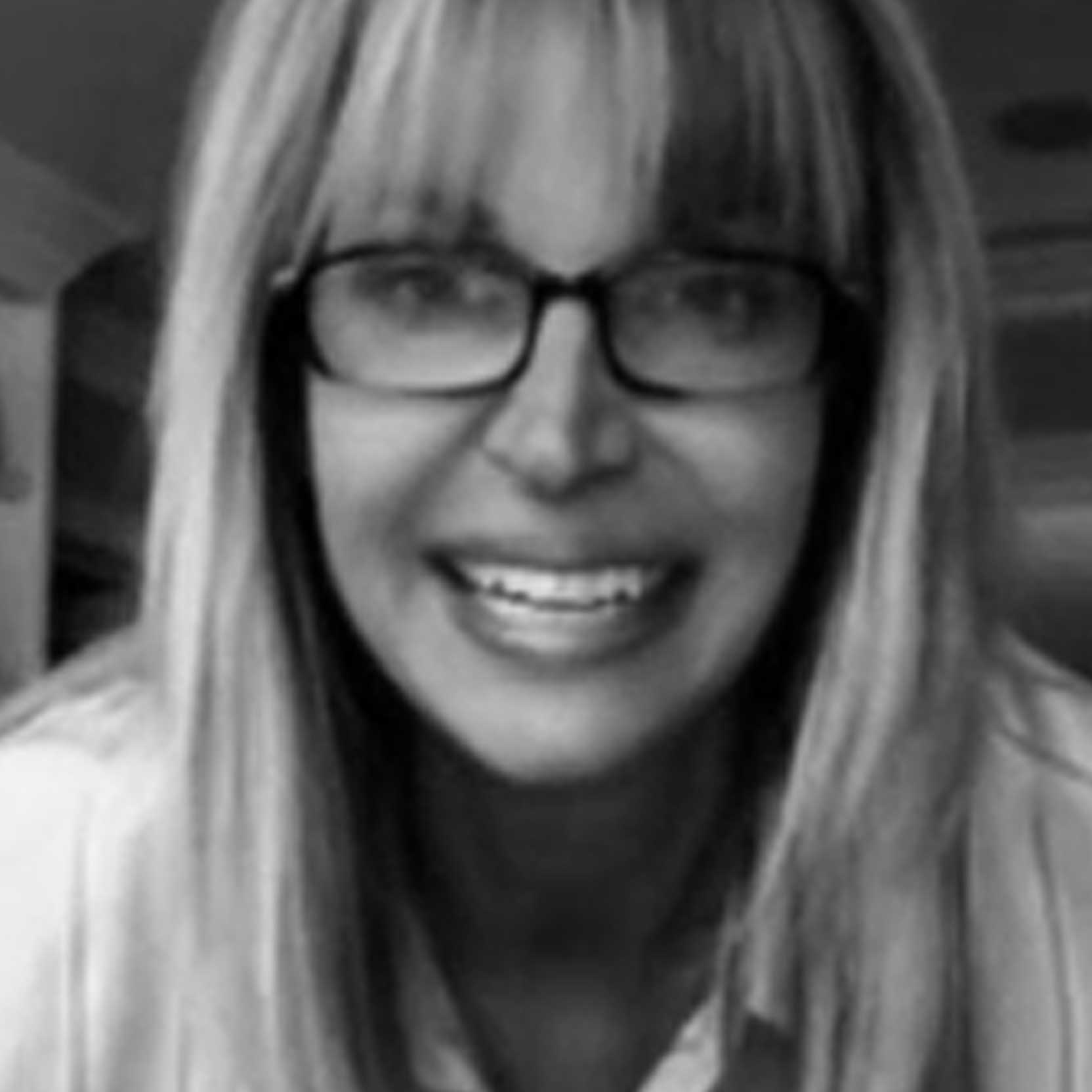 Beth was born and raised in Louisiana, and moved to the West Coast in 1996.  She discovered her love for web designing in 2012 resulting in Femino Web Designs being launched. Specializing in WordPress development and designs, Beth lives in Southern California and works everywhere virtually.

TOPLESS AT THE CONDOR THE CAROL DODA STORY 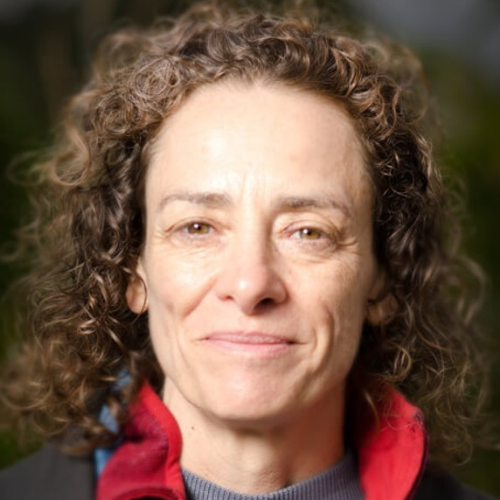 Karen Everett is one of the world’s leading documentary story consultants. Author of Documentary Editing, Karen taught editing for 18 years at the Graduate School of Journalism at UC Berkeley, named the #1 documentary program by Documentary Magazine.

Grammy-winning record producer Jack Douglas is known for his work with John Lennon and Yoko Ono, Patti Smith, Cheap Trick, and New York Dolls, among other rock artists in the 1970s and 1980s, notably producing three successful albums for Aerosmith. 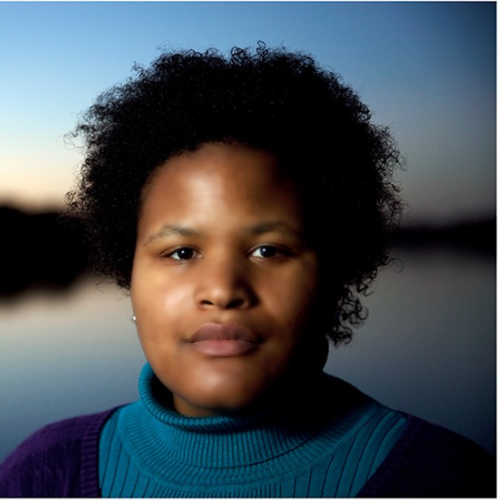 Elizabeth Strong is a visual journalist based in the Bay Area. Through photography and video she examines the nuances of human nature, and political and social issues that impact our world. Elizabeth’s work investigates critical elements that form our individuality and societies with projects like My America Is, Black Men Are Beautiful and the Webby honored campaign “I Identify”, where she was producer, cinematographer, and editor.

Elizabeth studied filmmaking and photography at Chapman University in Orange, California. Her junior year she interned with IM Global at the Cannes Film Festival and months later she was hired to be an executive assistant at their London office; and Elizabeth has worked in production ever since. 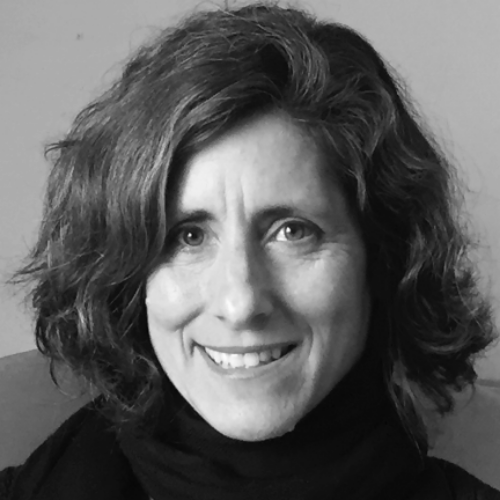 Sub-Basement Archival brings together their considerable and complementary strengths – honed for 15 years in documentary production. Since its founding in 2014, Sub-Basement has had the honor of working on award-winning documentaries on a wide range of social and political topics. Sub-Basement films have aired on public television, network television and Netflix, screened at Sundance and festivals worldwide, and garnered three FOCAL Awards for use of archival footage.

Rick has decades of experience as a producer and an entertainment attorney. For the last several years, he has served as Sr. VP of Business and Legal Affairs for Radar Pictures, the successor company to Interscope Communications known for a myriad of critically acclaimed and box office successes such as THE LAST SAMURI, MR. HOLLAND’S OPUS CONKTAIL and several that have gone into remakes or sequels under Rick’s tenure, including the JUMANJI reboot. He is thrilled to not only be a participant in TOPLESS AT THE CONDOR, providing his first hand experience with Carol Doda, but also to offer his unique blend of skills. 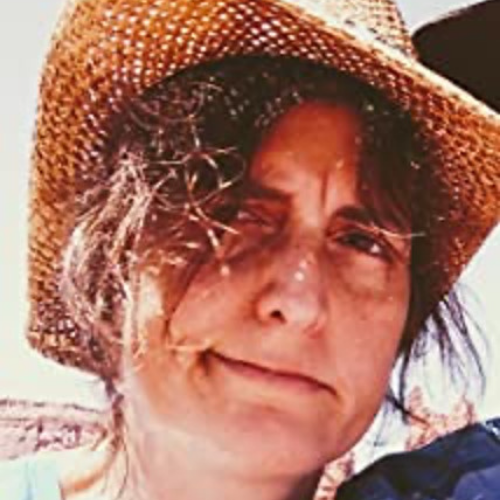 Jennifer is a gifted editor with an intuitive sense of visual storytelling. She finds the diamonds in the rough of your material and shapes it into a fast paced narrative.  She’s edited numerous project across documentary and fiction and has won many awards for her work.

Richard Beggs won an Academy Award for Best Sound for the film APOCALYPSE NOW. He has worked on more than 60 films since 1979 including Jonathan Parker’s films, (UNTITLED) and THE ARCHITECT. 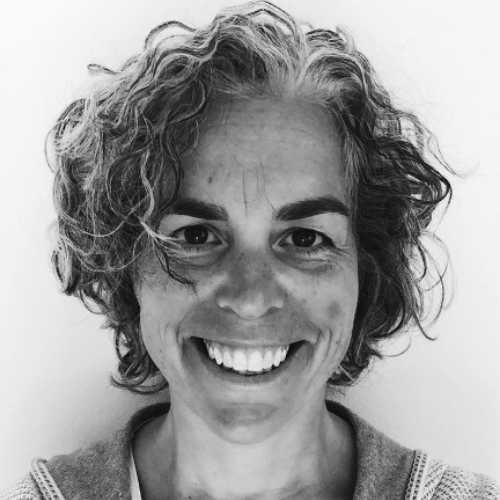 Sub-Basement Archival brings together their considerable and complementary strengths – honed for 15 years in documentary production. Since its founding in 2014, Sub-Basement has had the honor of working on award-winning documentaries on a wide range of social and political topics. Sub-Basement films have aired on public television, network television and Netflix, screened at Sundance and festivals worldwide, and garnered three FOCAL Awards for use of archival footage. 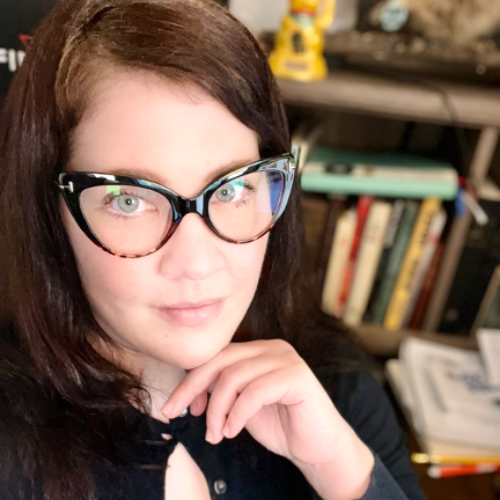 Jaina Shaw is a professional librarian and archivist working out of New York. After working in public and academic libraries for 15 years, she left to pursue her passion for historical research. TOPLESS AT THE CONDOR is her first documentary project. 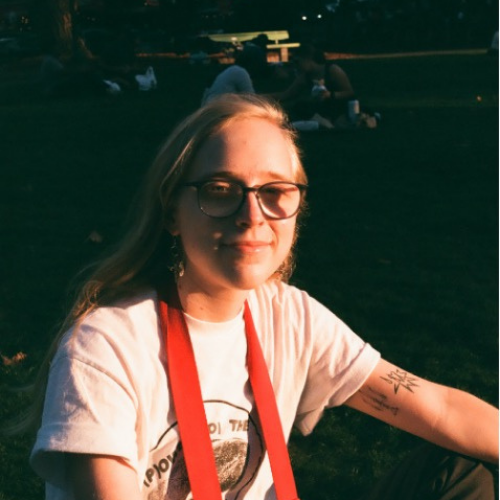 Natalie Devries is a graduate of the Cinema department at San Francisco State University, with a minor in Women and Gender Studies. She is excited to be working for Parker Film Company as a production assistant. Natalie is especially passionate about film as a medium of art, healing, and storytelling. She is also currently working as an intern for documentary filmmaker, Laura Green, for a 3 part series that will air on PBS. Natalie is based in Southern California, and is focusing on continuing to grow in her filmmaking skills and expand her work in the film industry. 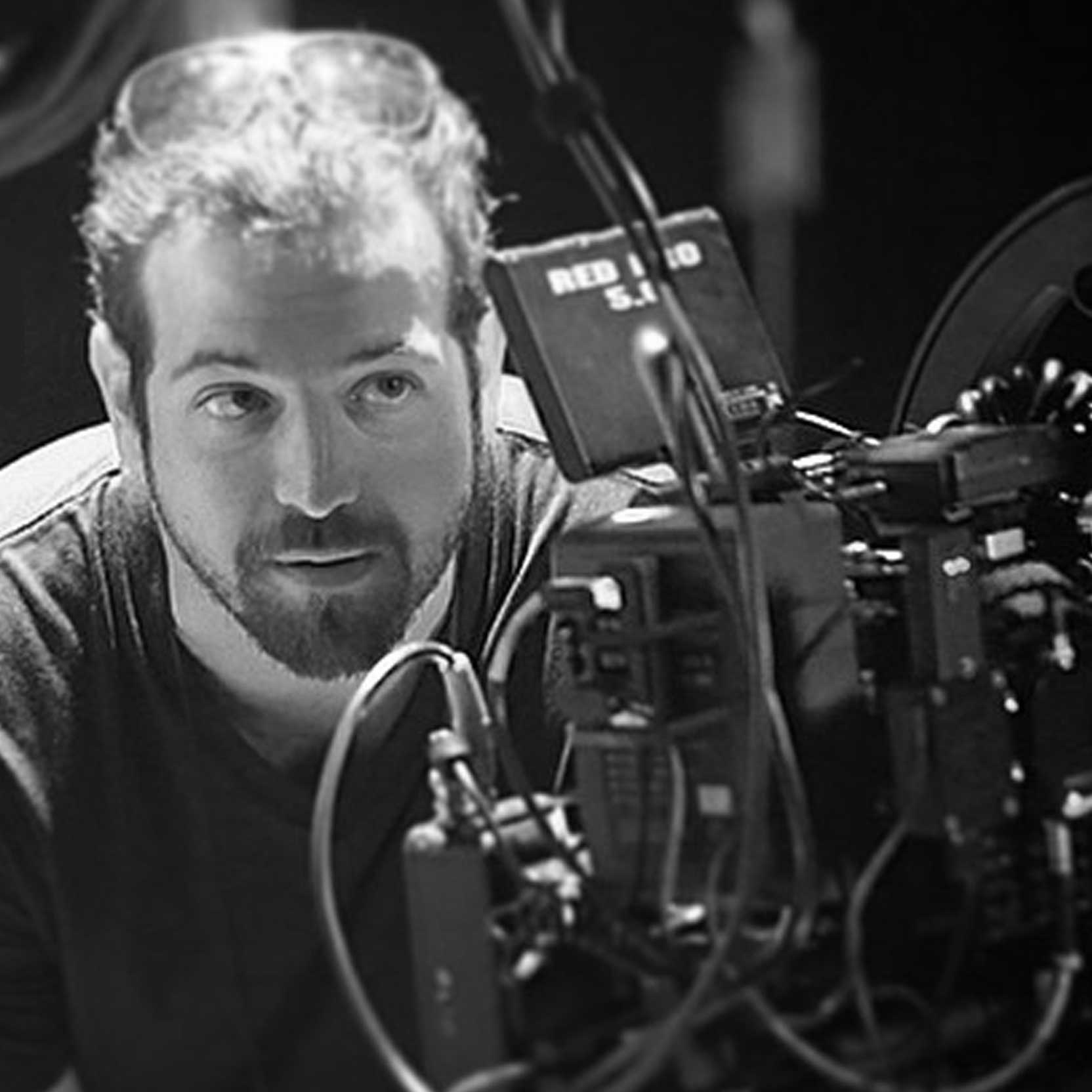 Patrick Fogarty is an award winning music video director based in Los Angeles, CA. Since 2005 he has been working professionally as a writer, director, cinematographer and editor on a wide variety of projects ranging from feature films and documentaries, to scripted television, commercials, and live events. He has contributed his cinematography skills to the documentary film TOPLESS AT THE CONDOR.